The first two days are merely a warm-up compared to Day Three, when Nippon Connection starts to get really busy, especially since today is a holiday. We have a lot of events, programs, and film premieres today, so let’s get to it!

“Umami,” the fifth sense of taste, was discovered in Japan. Consul General Setsuko KAWAHARA and her chef Kyoko GONDA will introduce you to the authentic Umami taste of Japanese dishes using recipes with miso paste and soy sauce, which, of course, you will have the opportunity to try out yourself.

Attendance is free and the lecture will be in German.

This year, our traditional film breakfast will feature a screening of the latest, Oscar-nominated work by famed animation director Mamoru HOSODA.

Despite the ever-increasing competition with streaming platforms, the number of cinemas in Japan is steadily growing. These, however, are mostly commercially-oriented multiplex cinemas. In his lecture, Dr. Roland Domenig will not only deal with the current transformation of the Japanese cinema industry, but also with the question of how the history of Japanese cinema has been affected by social changes.

The lecture will be in English, and attendance is free.

Roughly 40 years ago, the artist Yusuke YOKOI learned the traditional Bingata dyeing technique on the island of Okinawa. Using stencils and colored rice pastes, patterns are transferred onto fabrics. These patterns are often inspired by Okinawan nature. Today, Bingata is a symbol for the regional identity of the islanders. In a lecture, Yusuke YOKOI will give insights into his work.

Attendance is free, and the lecture will be held in Japanese in German translations.

Lecture: The Endless Road Of Lone Wolf And Club

The saga of “Lone Wolf and Cub” began in 1970 with the manga of Kazuo KOIKE and Goseki KOJIMA. Tom Mes, author of “Father, Son, Sword: The Lone Wolf and Cub Saga”, presents rare film clips and images from his personal archive and will discuss how this saga has appeared in numerous parts of Japanese media.

The lecture is free to attend and will be held in English.

The subtitling of films requires precision, creativity, and a feeling for linguistic peculiarities. Dr. Roland Domenig gives the participants the opportunity to subtitle some film excerpts themselves. No knowledge of Japanese is required.

Attendance is free and the workshop will be in English.

Translator Katja Cassing gives exciting insights into her work and talks about the distinctiveness of language in th crime thriller genre. In a discussion with the audience, moderated by Karin Betz, she will translate a passage from Iori FUJIWARA’s “The Terrorist’s Parasol”.

Admission is free and the lecture will be in German.

Edo Daikagura is a Japanese style of entertainment, the roots of which can be traced back to the 17th century. Senmaru & Yuki, who can look back on performances in over 30 countries, are among the few artists who still inspire the young and the old with traditional art today. At the Internationales Theater, they offer a thrilling show for the entire family.

Comic artist Nicolas Mahler reads from his work “The Ritual,” an homage to special effects artist Eiji TSUBURAYA. He and Titanic editor Leo Fischer will then present one of TSUBURAYA’s masterpieces in this special presentation of “Nippon Home Cinema.” The event will be held in German.

Since its founding in 2004, Skip City International D-Cinema Festival in Saitama has established itself as a crucial platform for spotting Japan’s emerging directing talents. This year, Nippon Connection presents two award-winning films from last year’s festival, both of which focus on female protagonists.

This action-packed blockbuster of a film will have its German premiere tonight.

This unsual take on faith and religion through the eyes of a small child will have its German premiere at the festival today.

Lying to Mom by Katsumi NOJIRI

The screening today of this comedy/melodrama mashup will be the film’s German premiere.

Portraits of the Rainbow by Ayumi NAKAGAWA

This lovely and gentle documentary on the creation of the “Out in Japan” photo project has its German premiere tonight in the Naxoshalle. 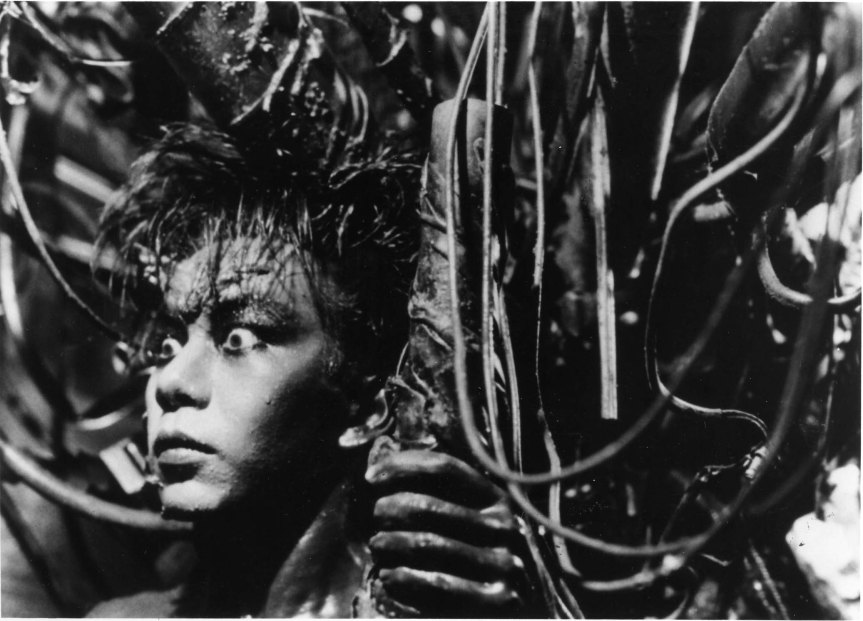 It’s Boring in Here, Pick Me Up by Ryuichi HIROKI

This generational, coming-of-age tale will have its European premiere today in the presence of the director.

The director of this documentary about a unique figure within Shinjuku will attend the film’s international premiere.

This film’s German premiere will be attended by one of the film’s leading actors, Kiyohiko SHIBUKAWA.

This highly experimental film will have a special German premiere, with the director in attendance.

As part of our tribute to this year’s Honor Award recipient, Shinya Tsukamoto, the festival will host a special screening of his first major cult hit. Tsukamoto himself will be present for the screening.

If You Haven’t Been:

This remarkable exhibit by one of Nippon’s festival photographers, Jumpei TANAKA, is open to the public in the Naxos Atelier for the duration of the festival. In case you missed the official opening yesterday, check it out today!